Far from the eyes but close to our heart – 2M and Latin America have been working side by side for many years as we specialise in translation and interpreting services for the Mining & Resources and the export industry. We’ve helped several Australian and Latin American corporations get closer and break down language barriers to strengthen a trade relationship that has increased the competitiveness of countries from both sides of the Pacific ocean. We are about to get closer with our new membership with the Australia-Latin America Business Council.

The growing relationship between Australia and Latin America

Australia-Latin America is a growing trade relationship that has been materialised by the exponential growth of sectors such as Mining & Resources and International Education ( first and third largest export sectors for Australia) and facilitated by strategic free trade agreement (FTA’s) with Chile in 2009 and Peru last February 2018. The Latin American region in recent years has transformed providing various differentiated opportunities for Australian businesses in education, agriculture, services and resources being one of the largest, with over 280 Australian mining companies currently in Latin America.

In Australia, the Spanish speaking community represents more than 100,000 people from which most come from Chile, El Salvador, Argentina and Spain and is part of Australia’s CALD communities (Culturally and Linguistically Diverse). The Latin American community has participated and best integrated with the Australian culture enabling a cohesive working and living environment within the wider community, thus becoming a vital and dynamic force in the Australian society. Even in our very own 2M team, Spanish is the second most spoken language after German and before French.

As a preferred provider for some of the largest Australian mining corporations for Latin American Spanish and Brazilian Portuguese as well as regional Indigenous languages and with a LATAM office in Argentina opened last year, becoming a member of the Australia-Latin America Business Council is a natural move for 2M. 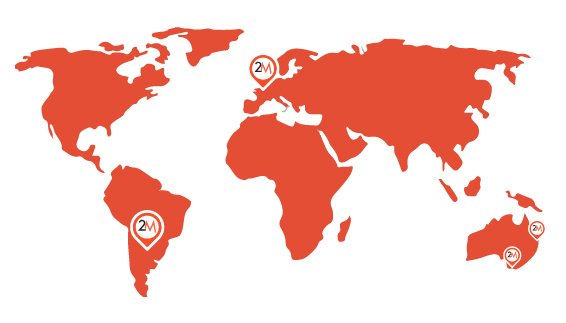 A word from our CEO, Tea Dietterich

“As a long-term sponsor of Australian Export Awards, awards judge and exporters in our right, we understand the significant economic benefit of international trade. With opening an office in Latam, we commit to stimulating trade between Australia & Latin America and helping Aussie companies entering new foreign markets. ¡Encantada!”

The 2M team will be attending the ALABC Melbourne annual dinner on the next 1st of October 2018 and we look forward to meeting our fellow members.