Australia is hosting this year the annual Conference of the Financial Action Task Force, an inter-governmental body that deals with matters relating to combatting money laundering and terrorism financing. Up to 600 delegates from around the world are expected to arrive in Brisbane in June 2015 for the international event and 2M is pleased to be providing the simultaneous conference interpreters and to ensure the message gets across. We at 2M are passionate about Conference Interpreting and have an experienced and skilled team lined up. 2M Conference Interpreters have been interpreting at the G20 Summit in Brisbane last November and countless international events across Australia and Asia Pacific. 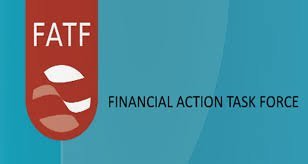 The Financial Action Task Force on Money Laundering (FATF) was established by during the 1989 G7 Summit in Paris to combat the growing problem of money laundering. The task force was charged with studying money laundering trends, monitoring legislative, financial and law enforcement activities taken at the national and international level, reporting on compliance, and issuing recommendations and standards to combat money laundering. At the time of its creation, the organisation had 16 original members.

In its first year, the FATF issued a report containing forty recommendations to more effectively fight money laundering. These standards were revised in 2003 to reflect evolving patterns and techniques in money laundering.The mandate of the organisation was expanded to include terrorist financing following the September 11 terror attacks in New York City.

As of 2015 FATF consists of thirty-four member jurisdictions and two regional organisations, the EU and the Gulf Co-operation Council. The FATF also works in close co-operation with a number of international and regional bodies involved in combating money laundering and terrorism financing. We are pleased to be providing the simultaneous conference interpreters for the conference and yet again assisting global communication and the message getting across.