Our River City Brisbane is not only host to high profile international political events like G20 but also attracts prime sporting events from tennis tournaments like ATP Brisbane to the AFC Soccer Asian Cup where sports interpreting comes into play.

Last weekend saw Brisbane become the centre of the rugby world through the first edition of the Brisbane Global Rugby Tens pre-season tournament, which gathered 14 of the best teams from Super Rugby and international teams such as French club RC Toulon and the Samoan national team. 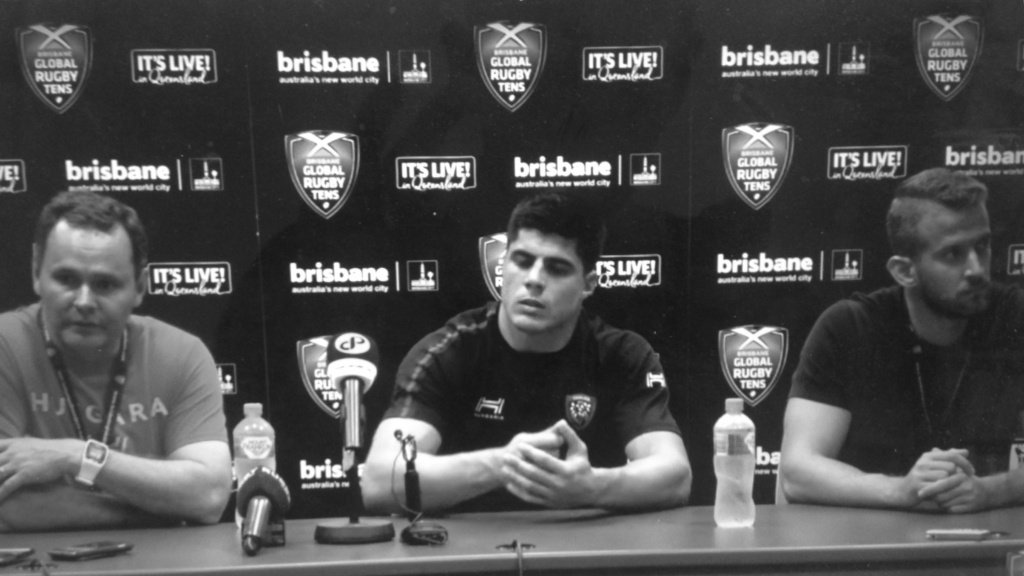 For two days they faced each other in a 10-side, 20-minute halves format which saw the Crusaders from Christchurch New Zealand being crowned as the first Brisbane Global Rugby Tens champions. For this occasion 2M Language Services provided the international teams with interpreters in order to assist with sideline interviews and press conferences.

Sports interpreting has always been at the heart of 2M Language Services. CEO Tea Dietterich started her career as a sports interpreter for FIS (International Ski Federation) in the mountains of the Sierra Nevada in southern Spain, the Women’s World Cup of Alpine Skiing 1994 and the FIS Alpine World Ski Championships 1995 and 1996.

Many sports teams feature players from various countries and you cannot expect them all to be able to speak the same language. When participating in international tournaments such as the Brisbane Global Rugby Tens, there’s an even greater chance that players will not be able to communicate in the host country’s national language. That’s where a sports interpreter is needed.

Whether giving a post-game interview or speaking with local reporters about upcoming games, it’s important that athletes are properly understood. The best way to ensure this is by hiring a sports interpreter who will not only prevent miscommunication, but also help players avoid mistakes when speaking to the media.

One may assume you can simply ask bilingual athletes to interpret for others on the team. Whilst they might speak the language just fine, they don’t have the extensive experience that a professional interpreter does. This means they may find it difficult to keep up with the pace of the speaker and, as a result, might be struggling with sentences and missing parts of what has been said.

Consider the consequences of this occurring during a live post-game interview at a sporting event: your team might give the impression of being inarticulate. Hiring a professional interpreter ensures your team will come across at its best during such interviews and other live newscasts.

People who speak more than one language are not necessarily all able to quickly convert one language to another. When it comes to interpreting, this skill is a necessity — it’s what separates a language professional from a teammate or coach who happens to be multilingual.

A non-professional “interpreter” might not only stumble over words, but could also prefer to summarise points, especially when they are confused or cannot interpret fast enough. While the general message may be delivered to the audience, much of the meaning can get lost when information is summarised, or changed if they add their own personal opinion. There is a risk of the audience missing a part of what has been said, or even become offended if the phrasing is incorrect.

As any professional interpreter knows, the aim is to be nearly invisible where the audience is concerned, and sports interpreting is no exception — fans want to know what their favourite players have to say rather than hear the personal views of the interpreter.

Make sure the language professional you hire is an interpreter specialised in sports interpreting. This is important because every sport has its own vocabulary and slang. Even well-known sports terms like goal, basket and bat may have idiomatic equivalents in other languages, and fans will quickly notice when their culture’s preferred terms are not being used.

For example in rugby some technical terms vary from one hemisphere to the other: the number 10 is called fly-half in the northern hemisphere and first-five-eight in the southern hemisphere.

At 2M Language Services we provide translation and interpreting services, video translation and subtitling, cross-cultural training as well as export marketing to corporate clients worldwide. Contact us to find out how we can assist your organisation.