Ryukyuan is a group of languages belonging to the Japonic family, spoken in the southern extreme of Japan archipelago called the Ryūkyū Islands. This archipelago is made of four groups of islands: Amami Islands, Okinawa Islands, Miyako Islands, and Yaeyama Islands. It is important to note that there is great variations variation both in phonology and grammar between the language groups spoken in this area and all together they make the greater Ryukyuan language family.

There is no official statistical data that shows the number of speakers of Ryukyuan languages. According to the 2005 population census of the Okinawa and Kagoshima prefectures, there are 1,452,288 people living in this area. Proficient speakers are limited to old generations, typically in their 50’s and older, which means that the total number of speakers is much smaller than 1,452,288. 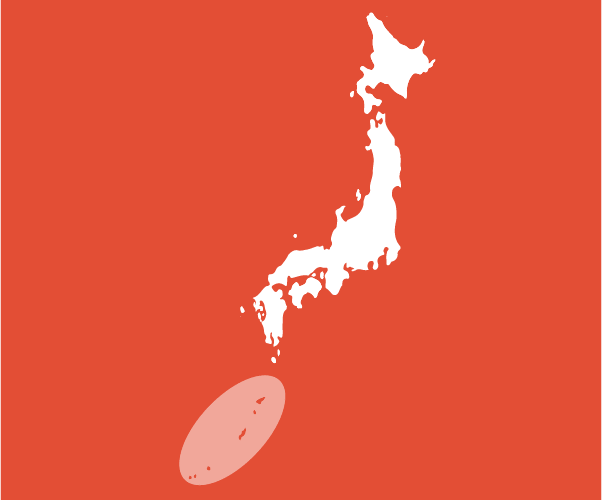 Since Japanese has replaced these languages in almost all contexts in daily life, all six languages are highly endangered today. Only older people speak them, and they speak them rarely. The six Ryukyuan tongues are therefore listed in the “UNESCO Atlas of the World’s Languages in Danger of Disappearing” compiled by the U.N.’s culture and educational agency (Source: An introduction to Ryukyuan Languages by Michinori Shimoji & Thomas Pellard).

Early Japonic speakers from Mainland Japan are believed to have come southward to the northern parts of the Ryūkyū archipelago sometime between the 2nd and 6th centuries. Because the historical separation period between which the Ryukyuan languages differed from the other Japonic language does not coincide with the period when proto-Ryukyuan people settled in the area, it is possible that Ryukyuan languages were already spoken in the most southern part of Japan’s main island, Kyushu.

The Ryukyu Kingdom retained autonomy until 1879 when it was annexed by Japan. The Japanese government adopted a policy of assimilation, appointing mainland Japanese to political posts and suppressing native culture and language. Students caught speaking Ryukyuan were made to wear a dialect card, a method of public humiliation.

In 1940, there was a debate amongst Japanese leaders about whether or not to continue the oppression of the Ryukyuan languages, although the argument for assimilation prevailed. In the World War II era, speaking Ryukyuan was officially illegal, although in practice the older generation was still monolingual. This policy of linguicide lasted into the post-war occupation of the Ryukyu Islands by the United States.

Nowadays, the preservation and revival of the Ryukyuan language have been pushed by the Okinawa prefecture in favour of multiculturalism. Unfortunately, most of the younger generation are monolingual in Japanese and the older generations mainly speak Ryukyuan as a secondary language.

The Ryukyuan Language Society and the Foundation For Endangered Languages held a symposium in September 2020 in Okinawa to debate the benefits of revitalising Ryukyuan languages and how to tackle this challenge.