On the 26th of October, 2M CEO and ABIE France (Australian Business in Europe) Board Director Tea Dietterich presented at the 2016 Premier’s NSW Export Awards Ceremony in Sydney. Tea was one of the judges and describes the quality of the submissions as exceptional and the stories behind them as inspirational. Tea is pleased to share some of the winners had French links. 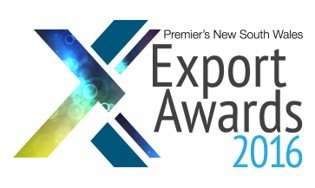 Flying Bark, for example, is Australia’s most established animation studio, creating internationally-renowned animated children’s and family entertainment since 1968 including Blinky Bill and Skippy. The company is an award-winning, full-service producer of animated and live-action family feature films, television series, web series, apps, commercials and corporate content for the Australian and international market. Flying Bark’s French links are collaboration with studios in France and they have great respect for French animation designers with CEO Barbara Stephens maintaining that: “France has some of the best animation schools in the world”. 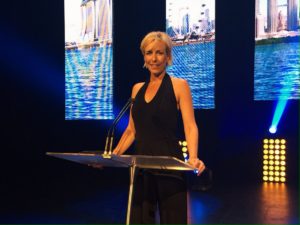 Whilst the theme of the GALA Dinner was ASEAN, France did feature among the international target markets and ABIE France welcomes and encourages Australian companies to look at France as an important export destination.

Other Award winning exporting companies were:

One of the Finalists was Polyglot led by successful French business woman Corinne Bot. Managing Director for Europe, Jacques Reynaud also attended the Ceremony as well as MD Damien Richard and Marketing Manager Manon Bot. Tea was pleased to see strong French Australian relations in the export industry and congratulated all finalists on stage in many languages including French.