Susanne sits on the Queensland Chapter Committee of the German-Australian Chamber of Industry and Commerce and joined other friends from German cultural and business circles and official guests of the Brisbane Honorary Consul to witness the traditional festival opening up close. After entertaining welcoming speeches by German General Consul Lothar Freischlader, by Qld Minister for Multicultural Affairs the Hon Grace Grace MP and Brisbane Lord Mayor Graham Quirk, the Lord Mayor masterfully performed the traditional tapping of the first keg of beer supported by an enthusiastic crowd. 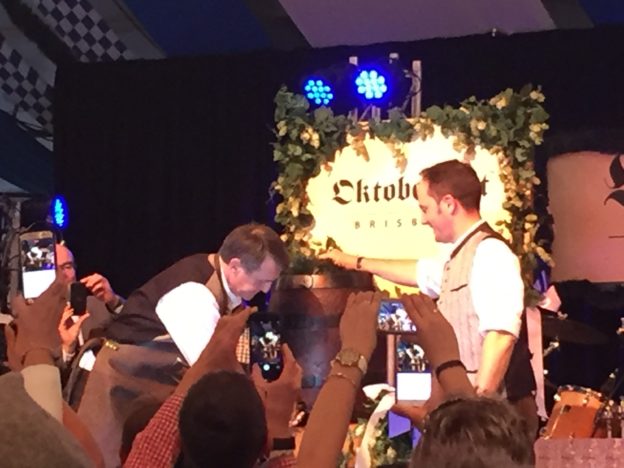 The Oktoberfest at the Brisbane Showgrounds is now the biggest of its kind in Australia. Most beers available at the festival are exclusively crafted by the 344 year old Tucher Brewery in Northern Bavaria and flown in for the occasion, and all are in accordance with the Bavarian Purity Law (Das Bayerische Reinheitsgebot), which celebrates its 500th birthday this year.

Young and old Brisbanites can still continue to “embrace their inner German” at the festival this weekend. 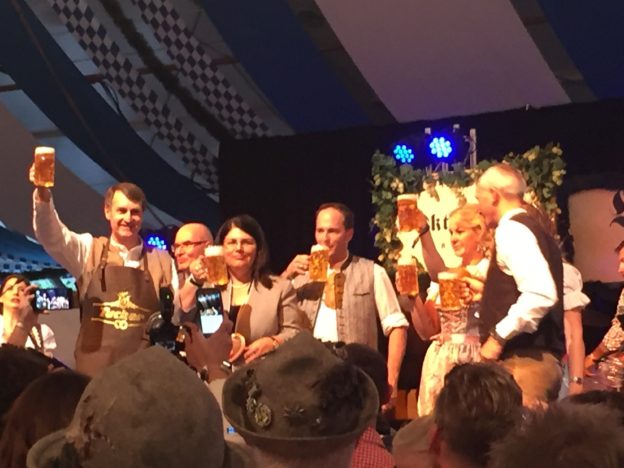