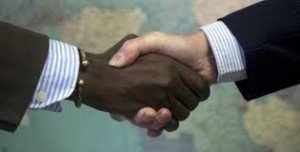 The other day I was chatting with one of my clients who just got back from Central Africa and he said to me: “I was just passing through Customs when the bloke in front of me was stopped because of his suitcase. They didn’t want to let him through with his luggage at first. He then opened a smaller bag full of cash, showed it to the official, gave him a stash, and the official waived him through without opening the suitcase. I stared at the official in disbelief, as I was next in line and he just grinned at me and I passed through. You know, this was my first trip back after 9 years and I knew immediately…I am back in Africa… nothing has changed really…”

Many of you who do business in several parts of Africa know this reality all too well. Not only thanks to its natural resources has Africa become an interesting export market for Australian mining companies and investors. However, governance and cultural aspects make it a challenging place to do business.

The Team at 2M has been involved not only providing language services into a range of African languages but also advising on tenders and communication strategies to bridge the cultural gap.

A fascinating, colourful place with a promising future and considerable potential, yet daunting for many exporters, I thought I would today give a brief snapshot on Africa and some pointers on doing business there as a basic guide for those who are just starting.

The African continent is made up of 54 countries that all have their own cultures, their own distinct features shaped by the past and for many by colonial history. Commonalities between the countries are almost as rare as they are between Turkey and Sweden in Europe.

There are five main regions: The Arab and Muslim North Africa, West Africa, the Francophone Central Africa, Anglophone East Africa, and Southern Africa. Remember that English is not always widely used in North Africa (outside of Egypt) and neither in Central Africa nor in the Sahel countries (Mali, Burkina Faso, Niger, Mauritania).

Are business approaches in the various African countries much different?

Yes! It is therefore crucial to know where you are heading before you try and enter a market. Within the same region, doing business can be very different depending on the needs as well as the material and economic comfort of the country. A wealthier country like Gabon will be more selective in its choice of overseas partners than the Central African Republic that must attract investors in order to help develop its fledgling economy. The immaculately dressed Congolese in their striped costumes will pay more attention to the way you dress than the Malians in their leather slippers.

What cross-cultural tips are there that apply to all of Africa?

Patience and trust are two key words in successfully getting your contact onside. In general in Africa, professional relationships are first and foremost personal relationships, built over time. Becoming impatient or annoyed in front of your contact is therefore strongly inadvisable, even more so if they are surrounded by their employees. In fact, you should never embarrass your contact in front of their subordinates. In any case, you will very quickly learn that in Africa, there are never problems, but only solutions; more often than not, things will sort themselves out just when the situation seems hopeless. It’s up to you to keep a cool head.

Confidence in an individual relationship

Be confident and develop an individual relationship with your contact. Do not hesitate to call them instead of sending emails, and invite them to come and visit you every time they are in your country. It is also important to take the time to ask about their family and friends, even if this seems overly personal to you. In francophone Africa, informal forms of address are quite easily used, even with a senior executive or a minister. This should not be seen as a lack of respect but rather as a sign of closeness of the partners.

You think you know everything? And: Beware of humour!

Never act as though you know everything and never act in a condescending way towards anyone. Ever since colonisation, the image of Westerners has always remained one of an arrogant people who can teach Africans everything they need to know. Avoid falling into this trap and listen carefully to the needs of your contact to ensure that you meet them. Do not start speaking in your best English, but take the time to ask the person you are conversing with if they speak English or if they would feel more comfortable in another language. For example, using a few words of Arabic in North Africa is viewed quite positively. Generally avoid using humour in front of people from different cultural and/or religious backgrounds, if only to prevent you from potential embarrassment. In any case, it is very important to have an idea about the country that you are setting foot into so as to avoid any blunders.

Of course you can wait to see how they interact with you – the Burkinabè, for example, have a fantastic sense of humour and are very quick to laugh, which can create a great bond.

Make an effort with your dress, even in the most remote regions. This is particularly true in Central Africa. Start by removing the dust from your shoes. This is a mark of respect toward the person who has invited you, and it is also a way for you to establish your own credibility.

Why is Africa such a promising continent for our exporters? 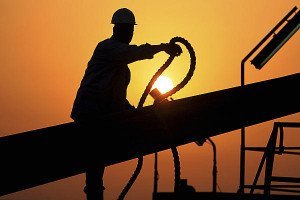 Africa is no longer a vanquished land, but a land ripe with opportunity. The Western world is running low on steam, and Asia is starting to show signs of a slowdown. Today, Africa offers the greatest and most promising perspective of economic growth worldwide, both now and in the long term.

For over forty years following their independence, African countries long remained the favoured ground of former colonisers; yet in the last ten years, with the arrival of new economic partners, the tables have turned. The BRIC countries are present of course, with the growth of Brazil, China and India but also Gulf Arab monarchies, Turkey, Malaysia and Singapore. Investment (private investment in particular) has never been greater. This is significant enough to meet major needs such as transport and energy infrastructure without which any true development would be impossible.

Why are junior Australian mining companies heading to Africa?

The growth in prices for agricultural raw materials and, more specifically, in mining commodity prices have generated a new interest in the African continent. This is clearly evidenced by the recent explosion in the number of junior Australian mining companies present in Africa.

What do they need in Africa? Is it money?

No, Africa is not necessarily in need of money. Countries like Algeria or Nigeria have currency reserves that are estimated at several hundreds of billions of dollars. Africa needs expertise and technical know-how. Africa doesn’t need to be told what to do, but they are happy to learn how to do it. Africa needs trustworthy and reliable partners that are committed to long term best practice, not short term investors looking for a quick dollar before heading elsewhere.

But just how big is the African market? And why market into Africa now?

The continent is on the threshold of a demographic explosion that will see its population double by 2030. In twenty years’ time, the African market will consist of one billion people with a large majority living in big cities. For the first time ever, the number of urban Africans is starting to overtake those in country areas. The consequence of this is the emergence of a middle class with sufficient means to afford classic consumer goods (telephones, computers, whitegoods…). Ethiopia for example is today one of the fastest growing countries in the world (third behind China and India in 2011!), and the business district of Addis Ababa is comparable to that of other Western cities. The economies of Nigeria, Ghana and Kenya are today as diversified as those of several OECD countries.

What about the political situation?

In many countries (Cameroon, Senegal, Ivory Coast) the political environment is beginning to stabilise. This in turn brings stability to the macroeconomic and legal frameworks. It is great to see Africa establishing these structures and starting to put real investment codes in place, codes which in the best case scenario are accompanied by tax free trade zones so as to attract investors.

Africa needs better governance practice. It is important to ensure that the greatest number of Africans benefit from current and future economic development. Competent and honest politicians are needed to make this happen. This is far from being the case in Africa, particularly in francophone Africa. Corruption is still too widespread, and political power is too personal and too subject to influence for it to be in any way effective. It is imperative that good practice is extended across the continent so that one day Africa will emerge as a true civil society capable of taking responsibility for its future, instead of entrusting it to NGOs. Africa is not looking for charity. It is merely hoping, with good reason, to take its rightful place in the global community.

So… here’s me hoping that next time my client comes back, he will say: “Things are really starting to change!”